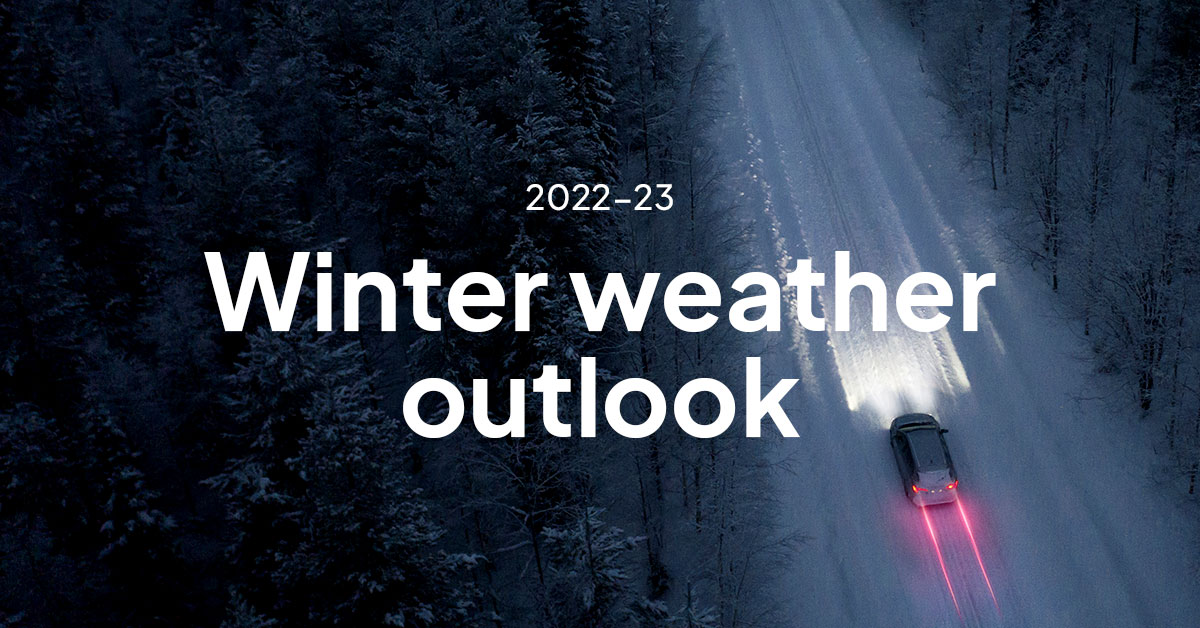 Although the 2022 winter solstice won’t occur until December 21, meteorological winter in the northern hemisphere already began on December 1, marking our entry into the three coldest months of the year: December, January, and February.

How cold can we expect it to get over these next few months? Plus, how much snow, ice, and rain will these months bring?

To answer these questions and others, our meteorology team put together AEM’s U.S. Winter Weather Outlook, which I presented in a recent webinar: “Data-Driven Preparedness for the Winter Storm Season.” This blog post will give you a quick summary of how the coming winter season will likely play out. But, if you’d prefer to get the complete forecast, I encourage you to check out the on-demand webinar.

How we developed our winter outlook

In order to arrive at a forecast, we look at a wide variety of current and historical data. However, the main factors that influenced this forecast were:

After weighing each of the main factors, we arrived at our U.S. forecast for the 2022-23 winter season.

We are predicting above-average temperatures throughout the Southwest, along the Gulf Coast, and along the Eastern Seaboard. Temperatures will likely be below average along the U.S.-Canadian border, extending from Washington State into Wisconsin and portions of Michigan’s Upper Peninsula. 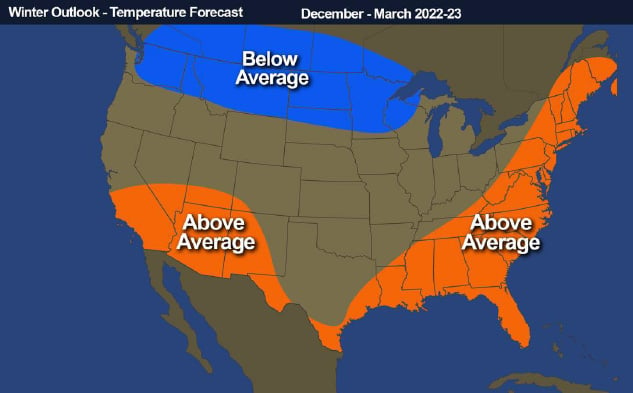 Precipitation will be below average in the Southwest, along the Gulf Coast, and into the central portion of the Eastern Seaboard. It will be above average in the Pacific Northwest and west of the Appalachians. 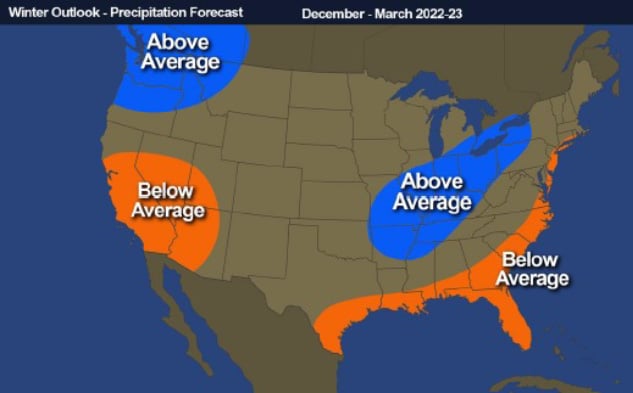 What this means is that your winter could look very different, depending on where you live. In the Pacific Northwest, this winter will likely be cooler and wetter than normal, with above-normal snowfall in the Cascades. But in the Southwest, Southeast, and central portion of the Eastern Seaboard, this winter will likely be warmer and drier than usual. Other areas of the country will fall somewhere between these two extremes. 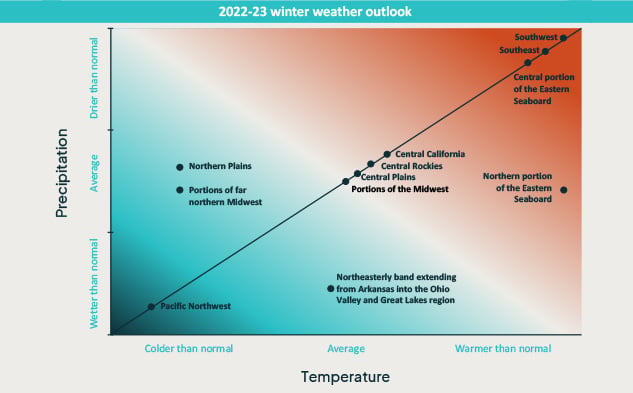 Practical implications of the winter outlook

The reason we monitor and anticipate the weather is because it has a direct impact on our lives. The weather from this winter will be no exception. Here are three examples of the impact:

Whether you’re responsible for the safety of guests and customers at your business or for an entire community, it’s important to make sure the people under your care understand the biggest winter weather risks and what they can do to mitigate those risks.

An important part of preparing for winter weather is knowing when it is coming. Regional forecasts across a large geographic area provide a good starting point, but they often generalize from a single source of data or rely on averages across several sources. As a result, the forecast could be accurate for one location but not others – or for no locations at all. The best way to know what’s coming your way is to develop forecasts based on hyperlocal weather data.

Then, when inclement weather does strike, the best preparation involves the ability to monitor each situation as it unfolds. “Eyes” in the field and automated alerting can help operators to detect and alert populations to a wide variety of winter hazards, including dangerous road conditions, wildfires, flooding, and lightning.

Need help evaluating your winter weather readiness? Contact one of our experts today.