How Does a Flood Happen? 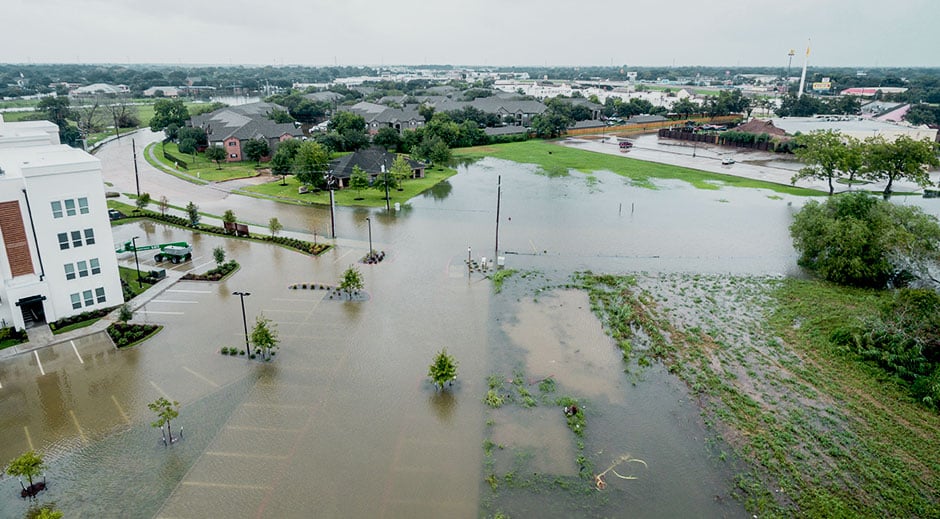 From New England to the South and West, floods are capturing more and more headlines across America. Similarly, Europe has seen some of its worst flooding in centuries over the last few years. It’s obvious that floods are a problem we all need to understand better as climate change continues to play out.

What is a Flood?

Broadly speaking, a flood is a natural disaster in which water submerges land that is typically dry. Floods can injure people, take lives, destroy property, damage infrastructure, and affect the spread of diseases. 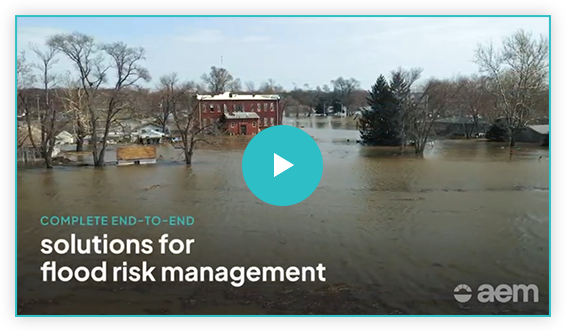 Unlike other natural disasters (like earthquakes, hurricanes, or tornadoes), flood risk is not localized to any specific geographic region or climate zone. That means a flood can occur anywhere on earth – yes, even in the desert.

According to the World Health Organization, there are three main types of floods:

As their name implies, flash floods are known for developing incredibly quickly. Flash floods can present as sudden deep water over a generalized area or a fast-moving wall of water in a more localized area.

What Causes a flash flood?

A flash flood most commonly occurs when powerful, slow-moving thunderstorms overwhelms the ground’s ability to absorb water. Catastrophic dam failures and thawing ice jams can also cause flash floods, but rain is the most common cause.

Flash floods can also occur in surprisingly dry places, like the desert or areas experiencing drought. That’s because when the ground becomes dry and hard, it doesn’t absorb water effectively.

When a powerful thunderstorm dumps rain onto that kind of soil, the water puddles and runs rather than seeping into the earth. As that water coalesces and seeks drainage, it can create a temporary rushing river capable of sweeping away people and property.

How to combat flash flooding

Flash flood conditions are reasonably predictable as long as the right authorities have access to reliable weather forecasts and a good understanding of the moisture and density of soil in the area. By monitoring incoming rainfall and current soil conditions, local land management agencies can calculate a flood risk rating for any given day, enabling good communication with the public and supporting response as needed.

In areas near (especially below) dams, good maintenance and high operational standards within the dam itself are key to keeping communities safe. By constantly monitoring rainfall and water levels above, below, and in the dam as well as incoming weather, dam personnel can make adjustments as needed to ensure a safe flow.

Before the flood starts, local municipalities and public safety agencies can alert communities and use remotely activated signage and gates to alert drivers to the potential threat or current conditions and prevent them from driving into the most dangerous areas.

Coastal flooding can occur anywhere the land meets a large body of water, whether it’s an ocean, a sea, a bay, or a lake.

Flooding in coastal regions is especially threatening because 40% of the global population lives within 100 kilometers of the coast. Here in the United States, the coastal population has consistently grown in every region of the country since 1980, according to the National Oceanic and Atmospheric Administration (NOAA). That means more people and property are at risk.

What causes a coastal flood?

Strong winds, like those found in hurricanes and cyclones, can stir up the ocean and massively increase the volume of the tides that reach and strike the shore. This is known as storm surge. During storm surge, coastal roads, beaches, and communities can become unsafe quickly.

Undersea earthquakes and volcanic eruptions can also create giant destructive waves known as tsunamis. Tsunamis are even more dangerous than storm surge because they contain a massive amount of energy that, due to the physics of how they are created, doesn’t dissipate before it reaches shore the way a normal wave does. That means the water from a tsunami can cause a flood several miles inland.

Coastal flooding is also generally increasing because global sea levels are literally on the rise. According to NASA, seas are rising about 0.13 inches (33 millimeters) each year due to climate change. Consequently, areas prone to coastal flooding will see more frequent and more damaging floods in the future, while areas that have previously been considered safely above sea level will face a growing threat.

How to combat coastal flooding

Coastal flooding will always be something of a fact of life for those who live near the water, but local governments, utility companies, and private businesses can help keep their communities safe by maximizing the time people have to evacuate coastal areas before storm surge or a tsunami arrive.

Doing that requires a variety of stakeholders monitoring weather factors, collaborating and sharing data, and disseminating it to the public in a clear, actionable way.

The idea that a river or stream is fixed in its path and volume is actually pretty recent. Until technology got good enough to tame rivers in the last few hundred years, people understood that rivers naturally widened, deepened, and even rerouted with the seasons and weather.

Now that we’ve gotten so good at engineering and urban planning, it’s easy to forget that rivers can easily overtake their banks and cause destruction. On the contrary, the EPA says river flooding is actually on the rise across the United States and floods are getting more destructive.

Any river, creek, or stream’s channel can hold a given volume of water. The depth of the river may vary from place to place, but the river as a system is designed to move water evenly in a way that preserves a consistent level.

When water overwhelms the river in a way that overrides that natural process, the river floods its banks. That could be caused by heavy rains, a dam failure, an ice jam, animal activity (like a beaver dam), or human factors (like rapidly introducing wastewater from a mine).

Over time, natural erosion can make rivers increasingly flood-prone, as the riverbed takes on a trough shape that can be more easily overwhelmed by rushing waters.

How to combat river flooding

In areas where erosion has made floods more common, riverbeds can be flattened, banks can be reinforced, and drainage can be improved. With that said, all of those processes are expensive and time-consuming, they aren’t practical for every river, and they don’t address every cause of river flooding.

As with flash and coastal flooding, the most important aspect of river flood response is providing timely and clear advance warnings that allow people to evacuate or seek high ground. That requires a variety of water level monitoring checkpoints along the river as well as a close eye on the weather.

While river floods are sudden, one of the best tools in prevention is actually long-term modeling. By building a deep understanding of an individual river as a system, hydrological engineers, municipalities, and conservation agencies can design an engineering and public safety plan that’s ideal for the situation and community.

Talk to a Flood Safety Expert!

If you’ve got a flood risk management challenge, AEM is here to help! Our seven brands of environmental service providers are here to help you craft a custom toolkit of weather and flood monitoring, detection, response, and communication technologies backed by our combined century-plus of experience. We can help you address the entire flood event curve by...